Yellowstone and The Grand Tetons 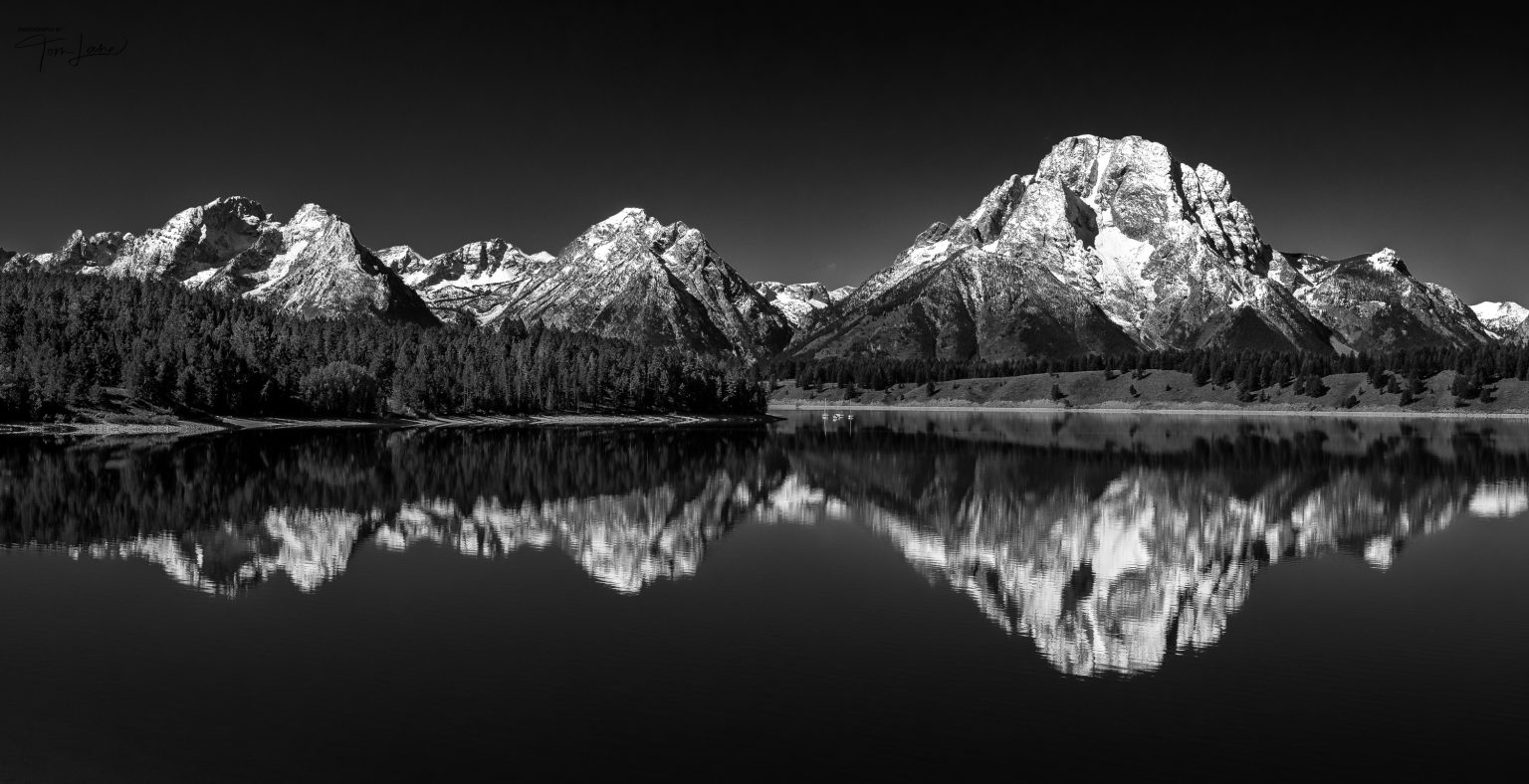 This image, taken in September, 2017 has to be one of my favourite pictures. It was taken in colour and when I first opened it in Lightroom it was very dull and “flat”, because at the time of taking it was a very grey and miserable day.I converted it to Black & White using “Silver Efex Pro 2” and with a significant amount of processing achieved this end result.
(Taken with a Leica SL camera fitted with a 24-90mm Vario Elmarit f2.8-4.0 lens set at 52mm)

Mammoth Hot Springs is the first feature encountered when entering the National Park through the North Entrance, from Gardiner

Another view of Mammoth Hot Springs taken on the same trip 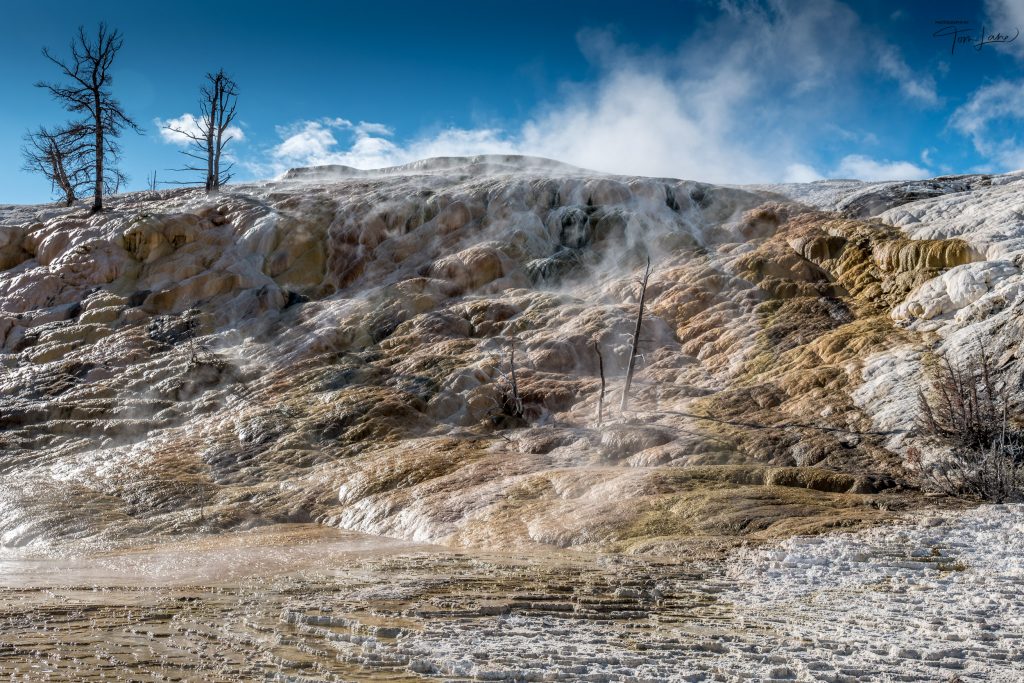 Tree Growing Out of Rock

How can this be when I cannot even grow plants and shrubs in our own garden? 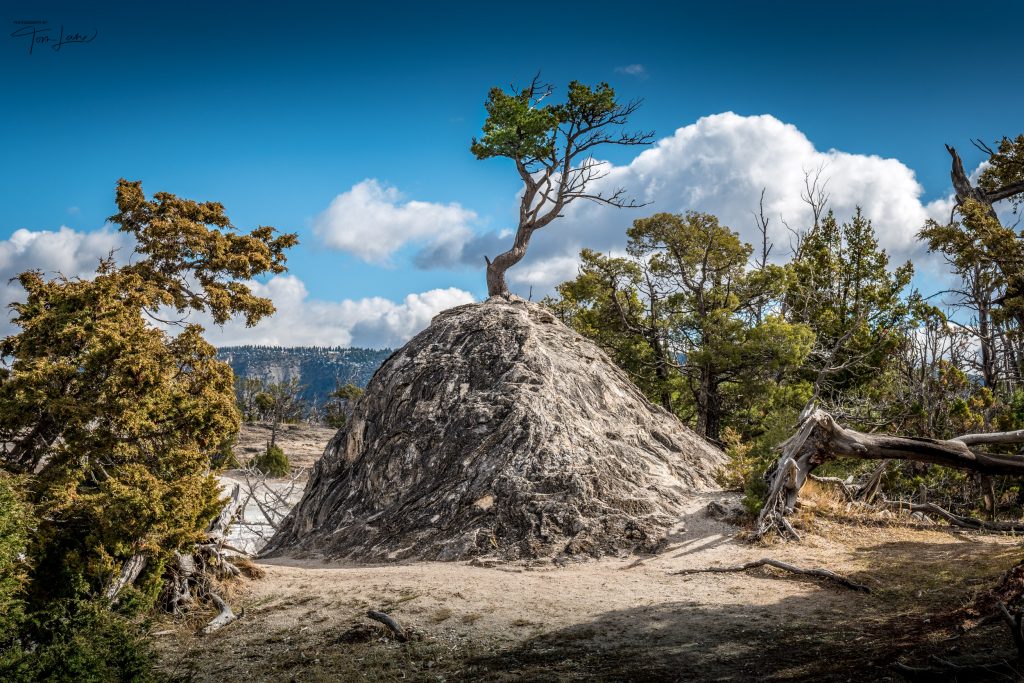 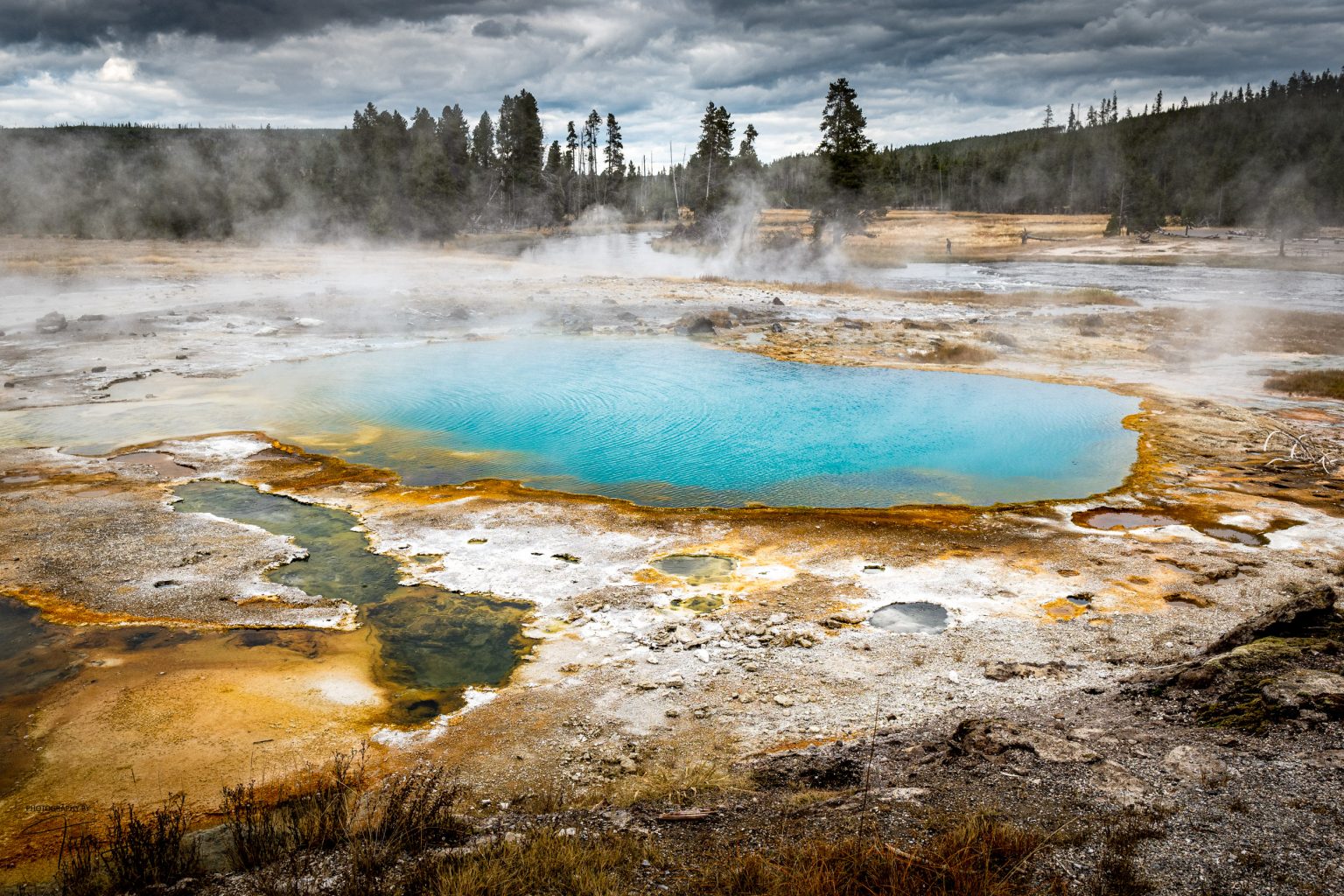 Norris Geyser Basin is the hottest, oldest, and most dynamic of Yellowstone’s thermal areas. The highest temperature yet recorded in any geothermal area in Yellowstone was measured in a scientific drill hole at Norris: 459°F (237°C) just 1,087 feet (326 meters) below the surface! There are very few thermal features at Norris under the boiling point (199°F at this elevation)

Norris shows evidence of having had thermal features for at least 115,000 years. The features in the basin change daily, with frequent disturbances from seismic activity and water fluctuations. 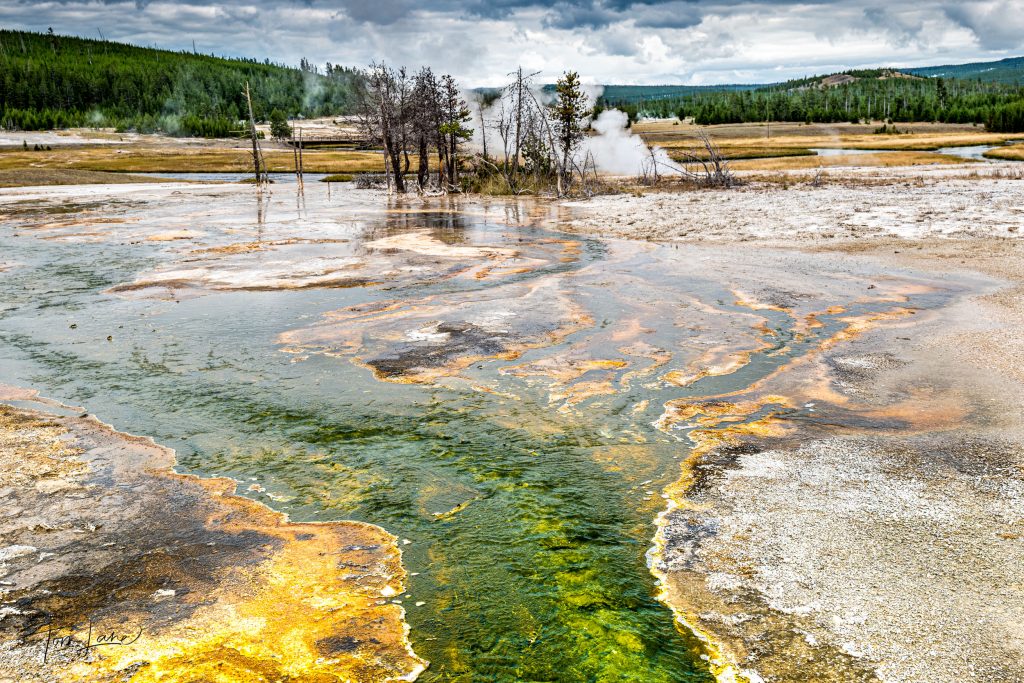 Another geyser in the Norris Basin 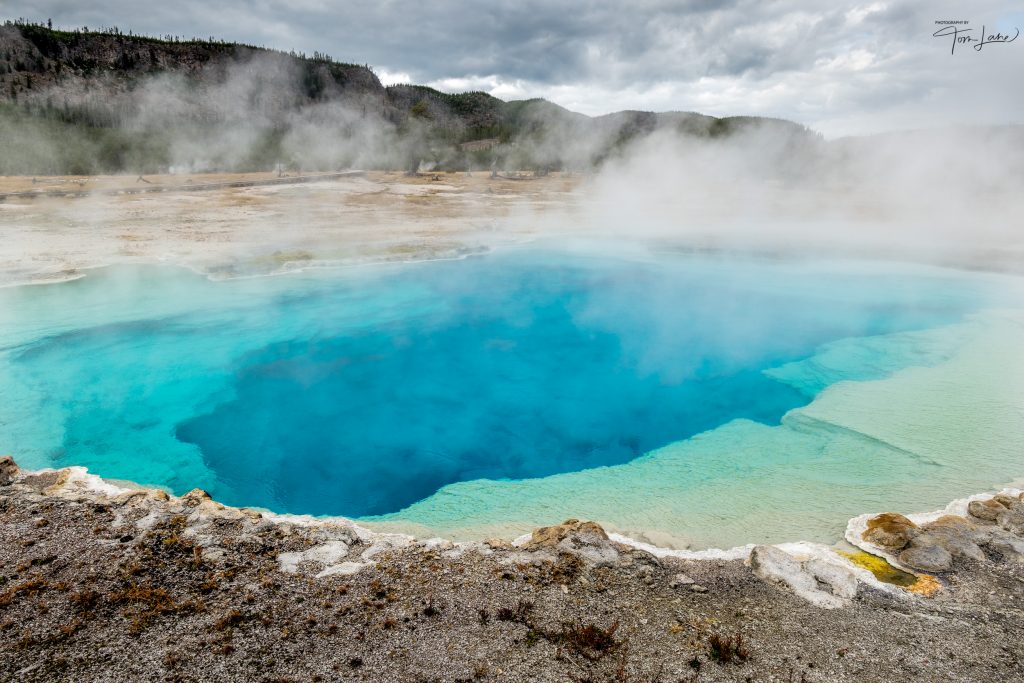 Another Geyser but not sure where 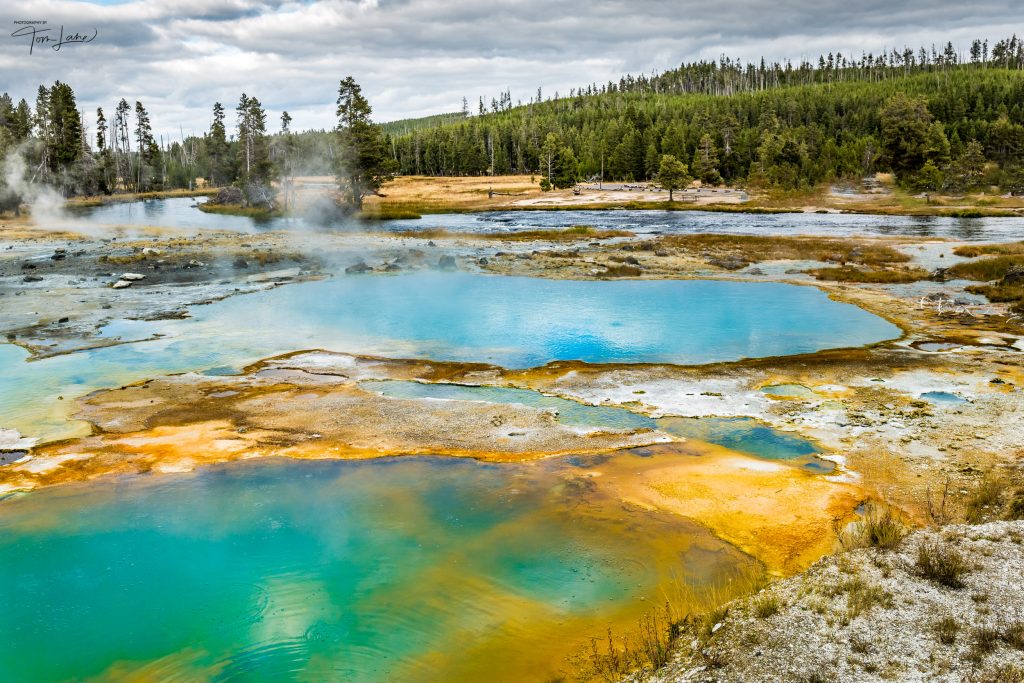 This image took a little bit of work in Photoshop as I wanted to remove all the cars in the Car Park on the far side of the geysers. I prefer it without them. 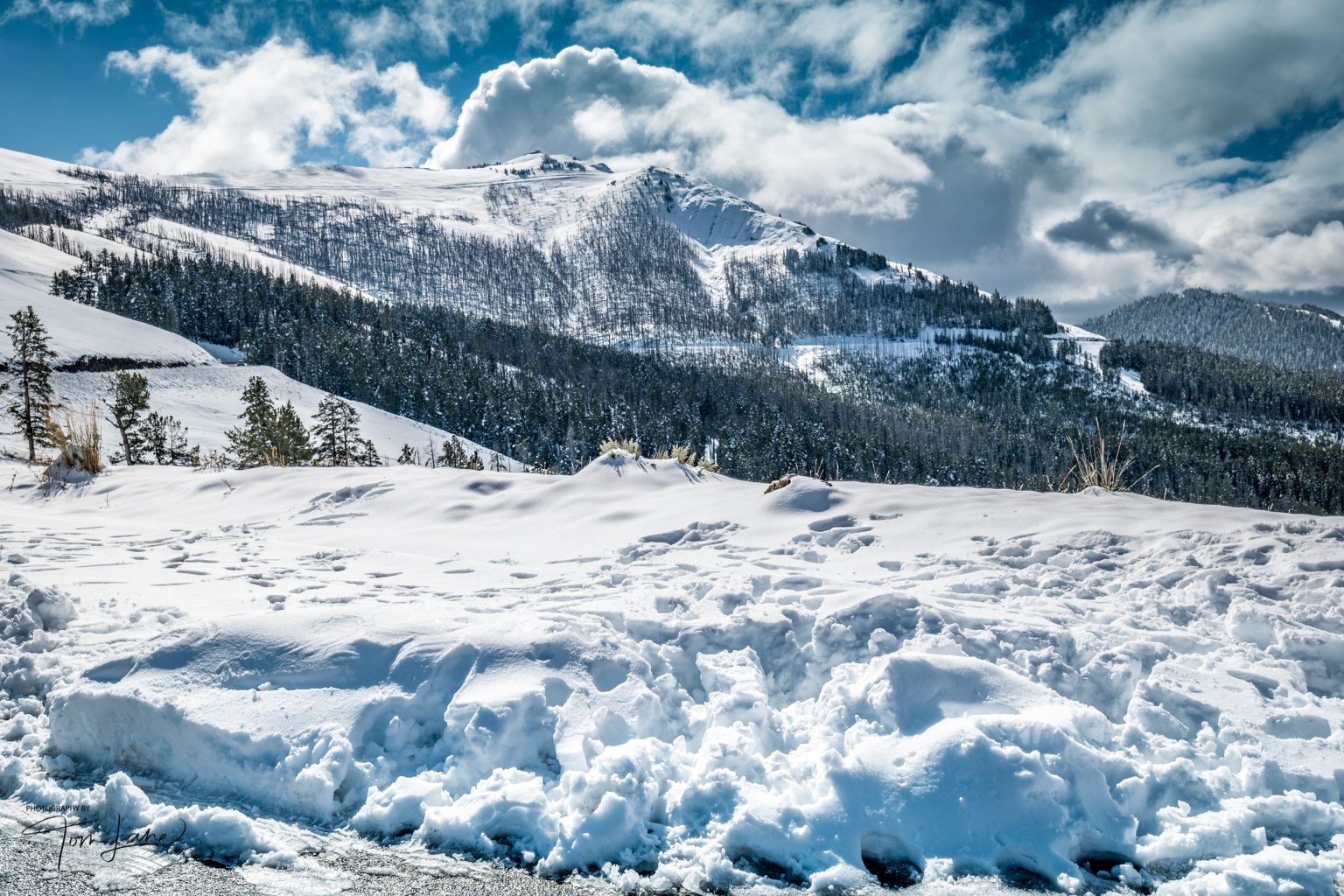 Highway 89 which is the main route into park’s North Entrance.

We’ve been to Yellowstone many times and have learned not to rely on the weather. This image was taken in September on the road which runs from where we normally stay in Gardiner to Mammoth Thermal Spring.

Gardiner is a census-designated place in Park County, Montana. The population was 875 at the 2010 census and so you can see why the horse left the “one horse town”. Gardiner was officially founded in 1880, but the area has served as a main entrance to Yellowstone National Park since its creation in 1872

The Grand Teton Mountain Range as seen from Highway US191 which runs from the South Entrance of Yellowstone to Jackson Hole. 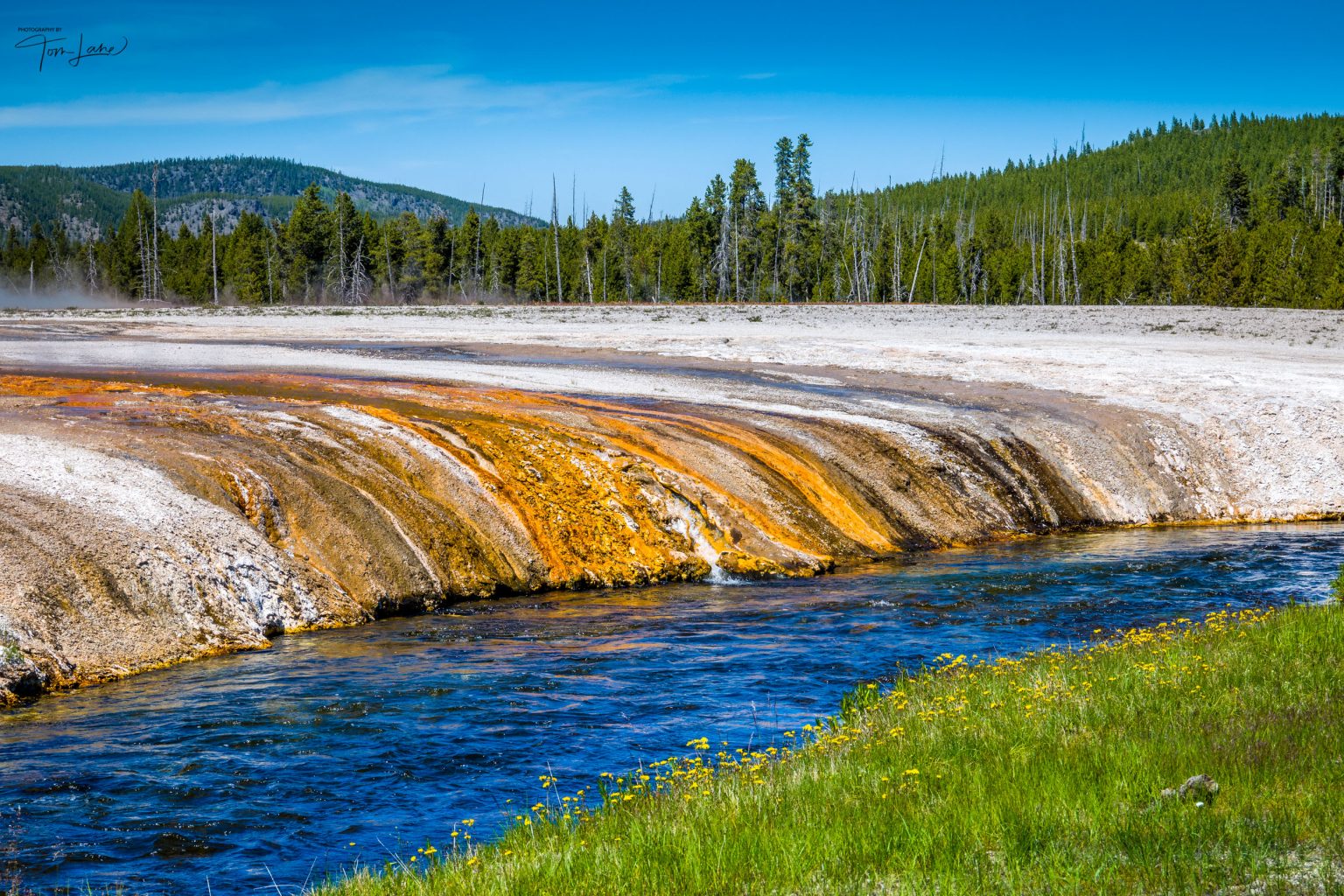