Driving along the west coast, somewhere in the region of Stykkisholmur

When we landed on the 4th September 2018 we collected the hire car from the airport and headed straight to the North West of the island. 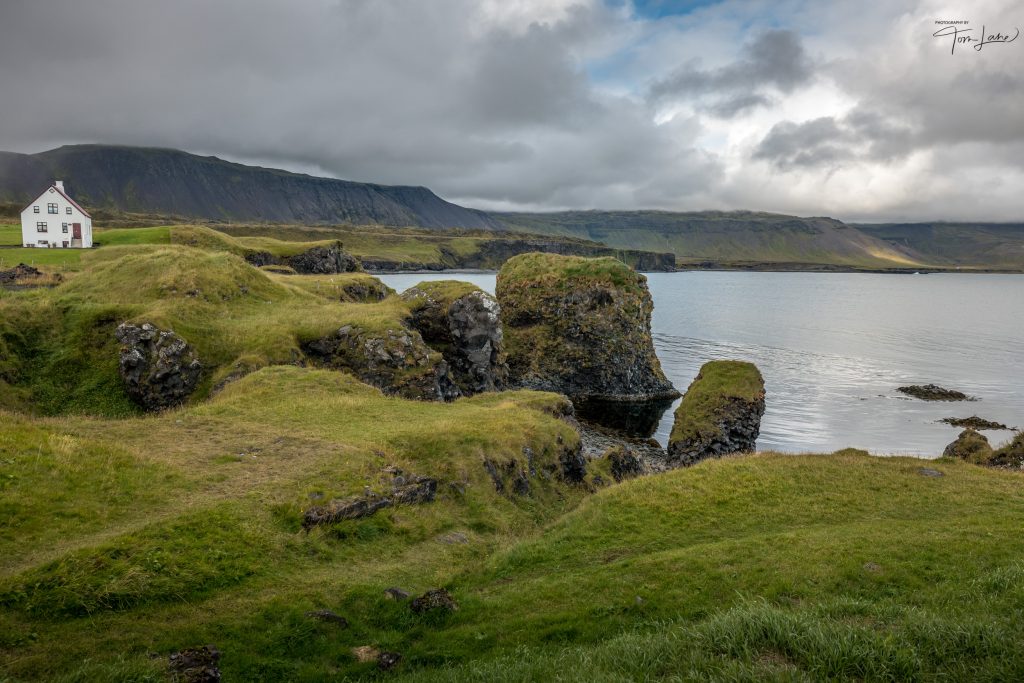 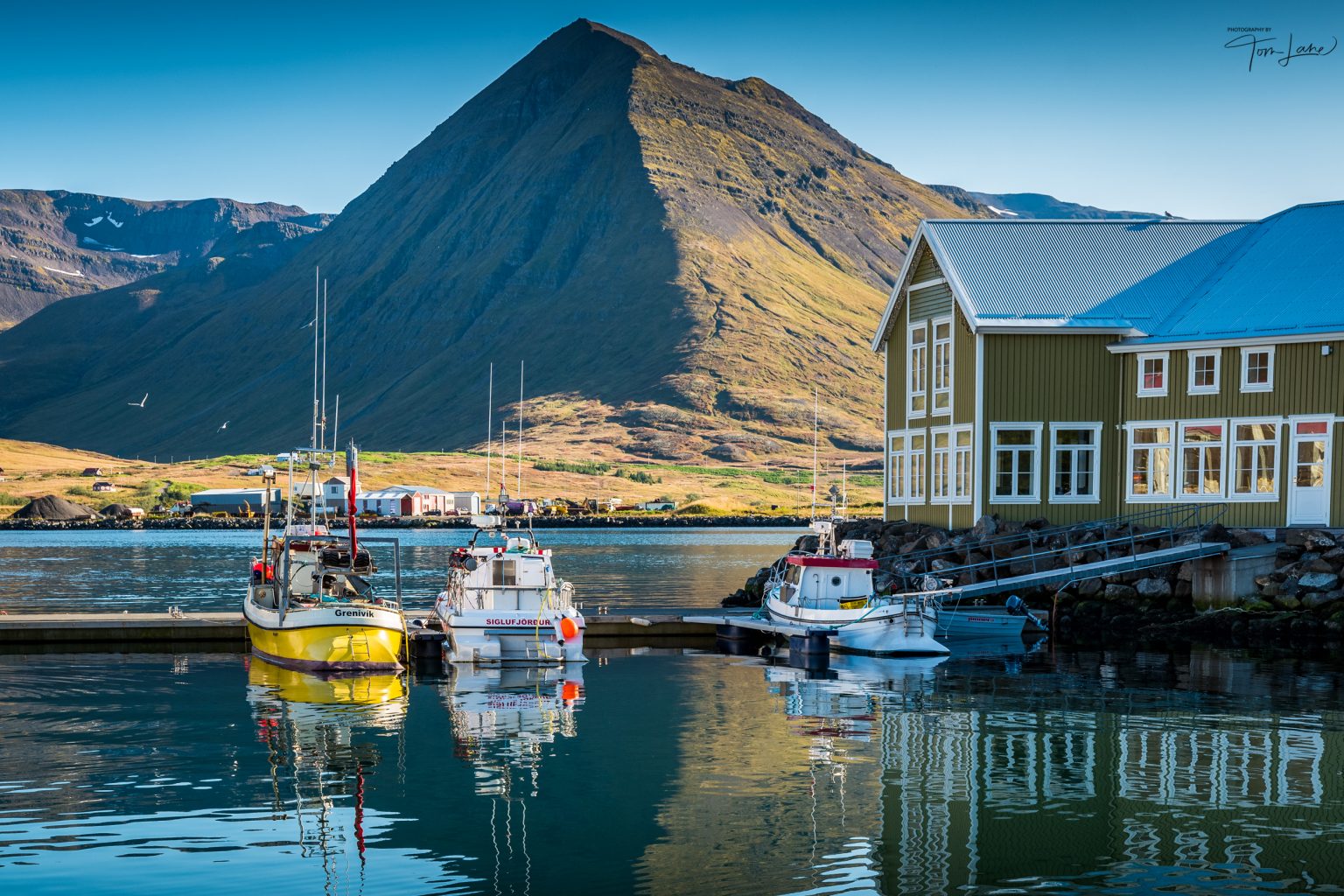 Grenivik is a fishing village of about 300 people in the fjord Eyjafjordur in North Iceland.

Not far from Grenivik, at Laufas, there is a unique turf farmhouse, built in the 19th century and a prime example of the old architecture. It functions as a folk museum, bearing great witness to the old ways of farm living. Laufas also has a beautiful church built in 1865. 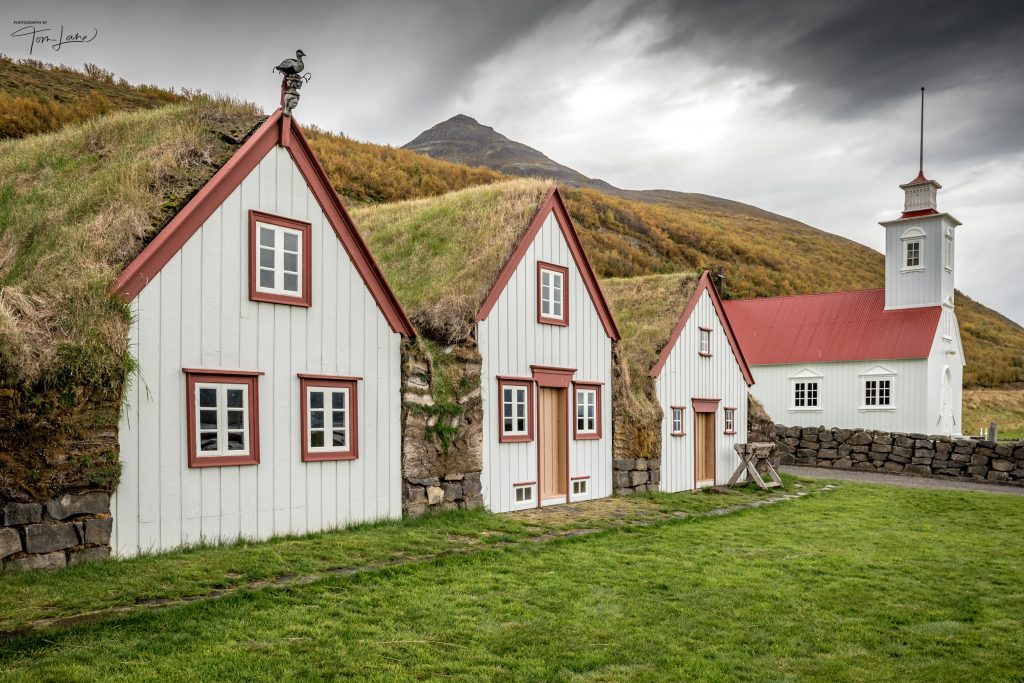 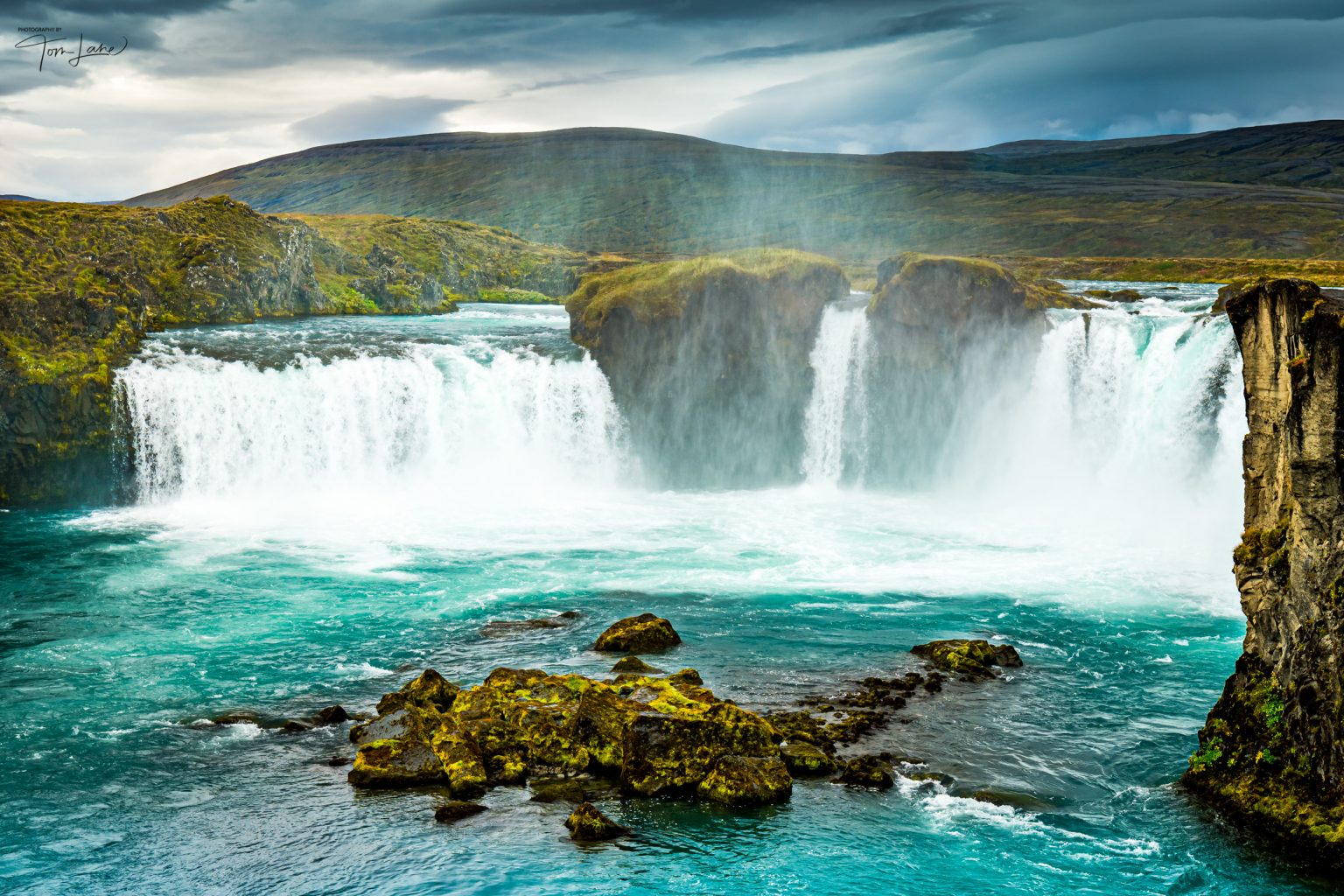 This is Godafoss, the Waterfall of the Gods. In the Northeastern region of Iceland, the Skjalfandafljot River takes a nearly 40-foot drop along a curved lip, almost 100 feet long and according to the Icelandic people, creates what might well be the most spectacular waterfall in the whole world.

It is spectacular, but I’m not sure about this claim as I have seen more impressive ones, especially Victoria Falls on the Zambezi River between Zambia and Zimbabwe. 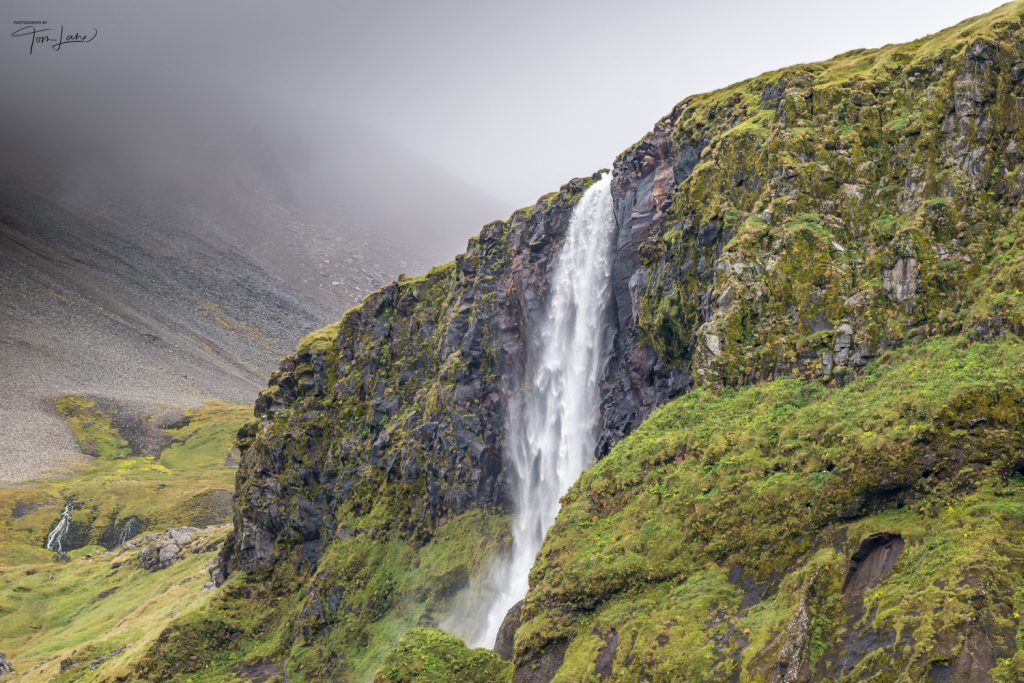 Typical of many, many waterfalls to be found all over Iceland 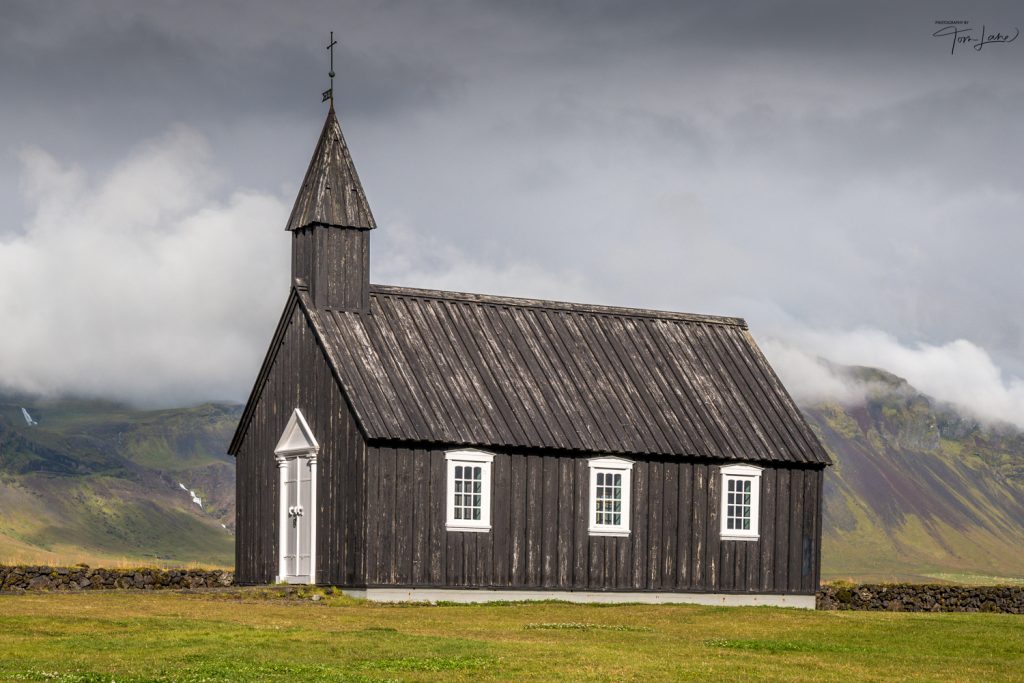 This black church sits alone among a field of lava rock on the south coast of Iceland’s Snæfellsnes peninsula, at a village called Búðakirkja. The church is black because the exterior wood is painted with pitch, just like the hull of a boat. This is to protect the church from the harsh Icelandic elements 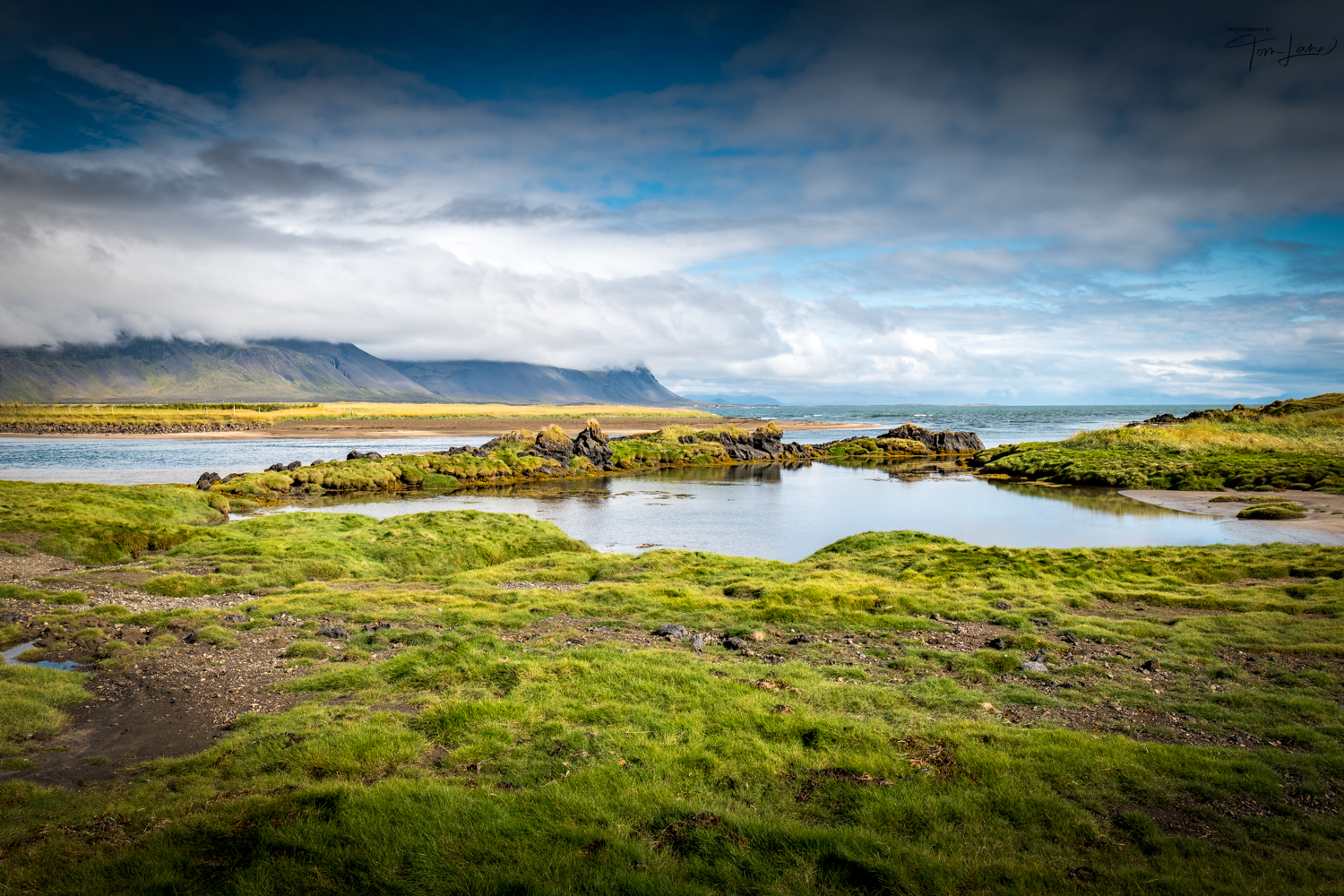 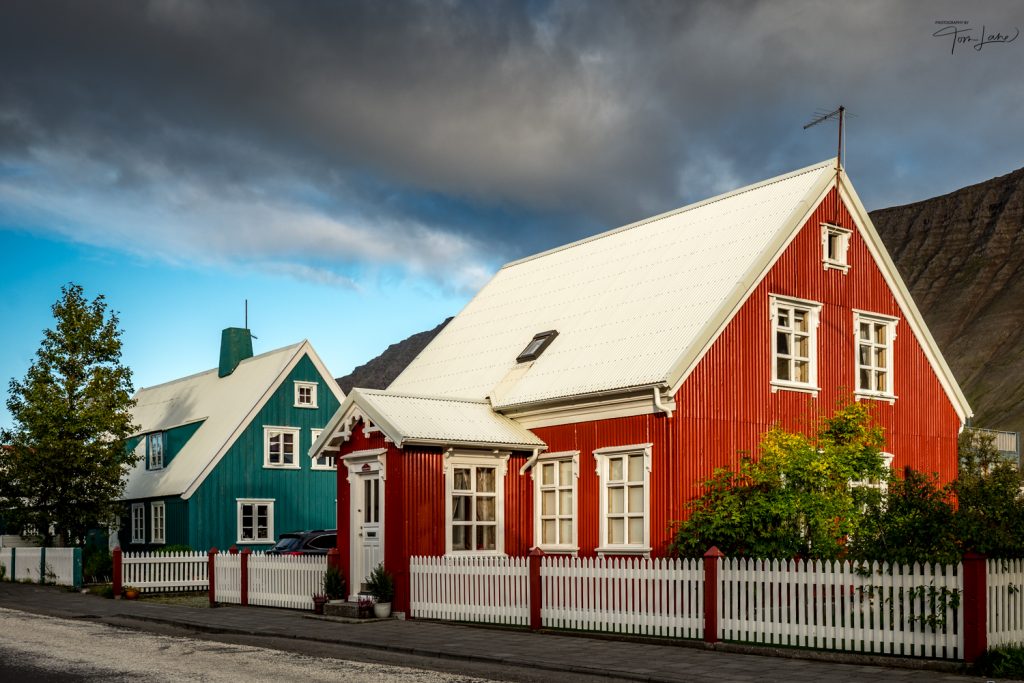 The beach at Dritvik in western Iceland is remarkable not only for its beauty but for the way it pays tribute to those lost at sea.

In a gale on March 13, 1948, a British trawler from Grimsby got into trouble on the rocky coast.

It was smashed to pieces as rescuers fought to save the lives of those on board. Almost 70 years later iron pieces of the boat remain scattered across the beach’s black volcanic sand. 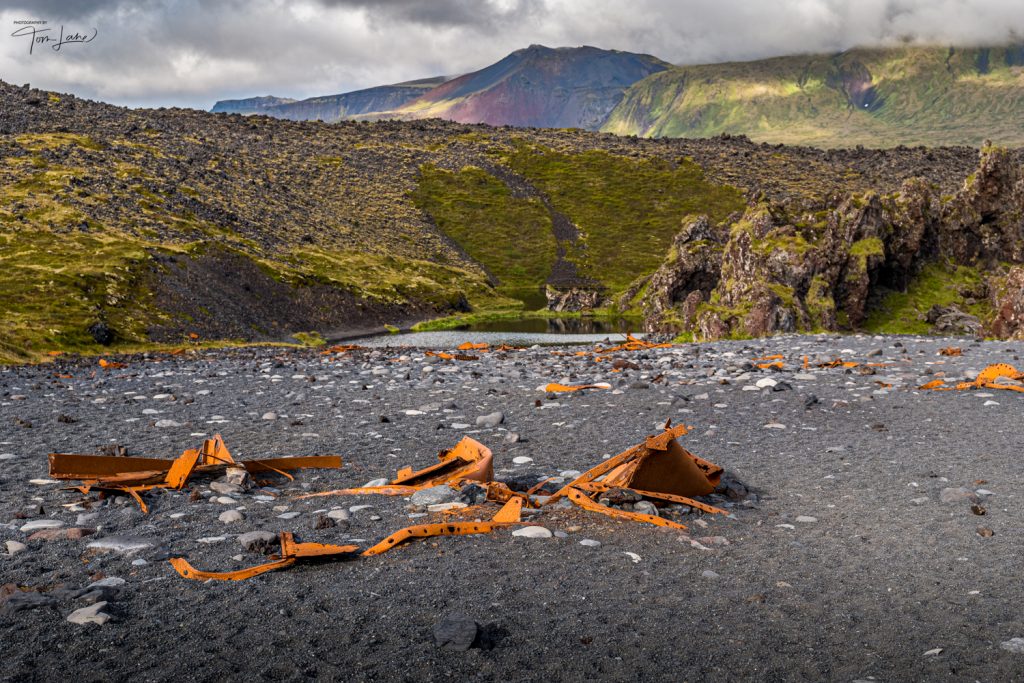 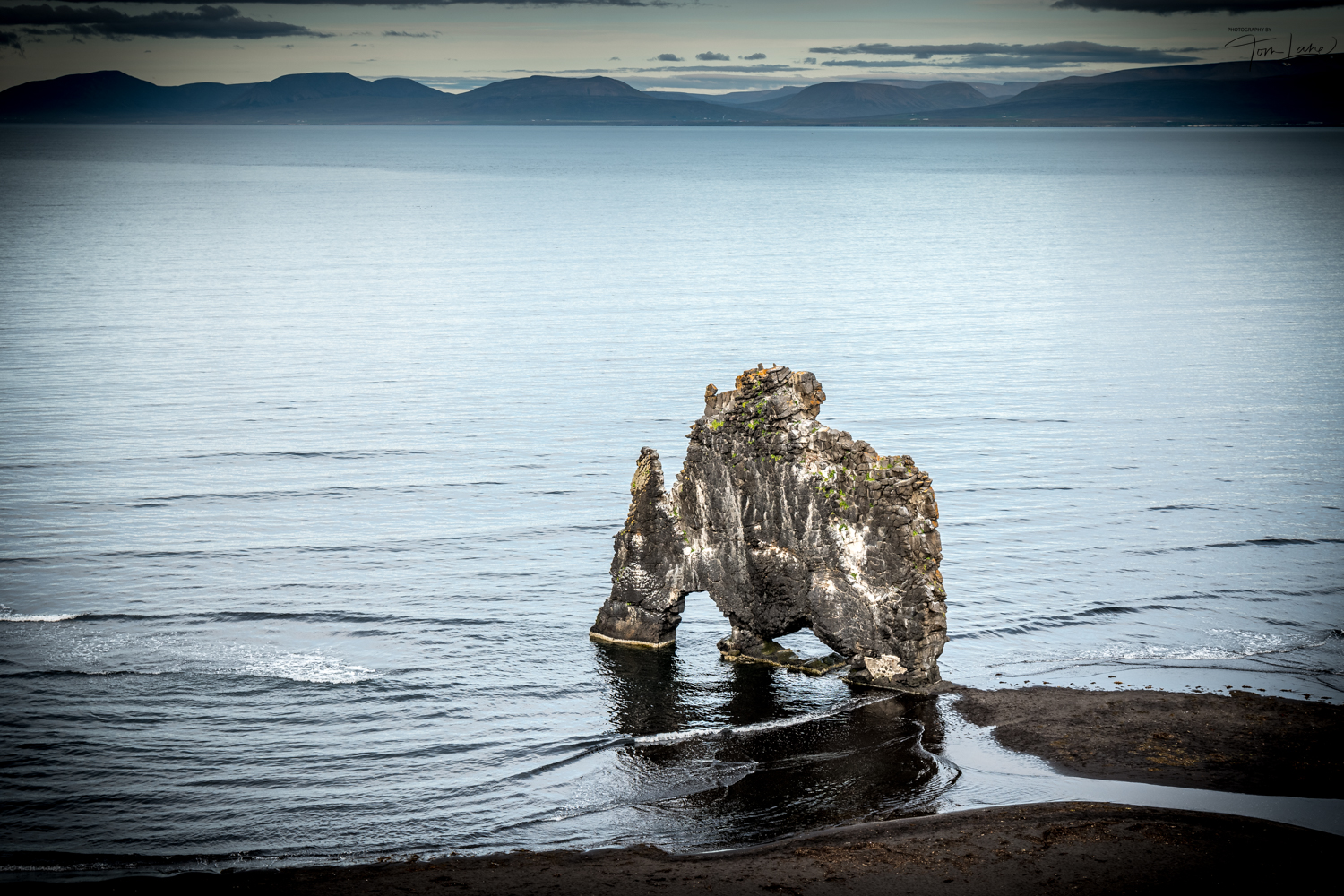 HVITSERKUR, rises 15 metres, or nearly 50 feet from the sea. It was once the plug of a volcano, but over the years the craters surrounding the rock plug gave way to the pounding Atlantic Ocean leaving only the unusual outcropping Hvítserkur behind. Curiously, Hvítserkur itself would have given way to the ocean as well, had its foundations not been shored up with concrete some years ago.

Icelandic legend has it that the rock was a troll who forgot to retreat from the light and was turned to stone in the sunrise, though from some angles it is said to look like a dragon drinking from the water. The geological oddity was commemorated on an Icelandic stamp in 1990. 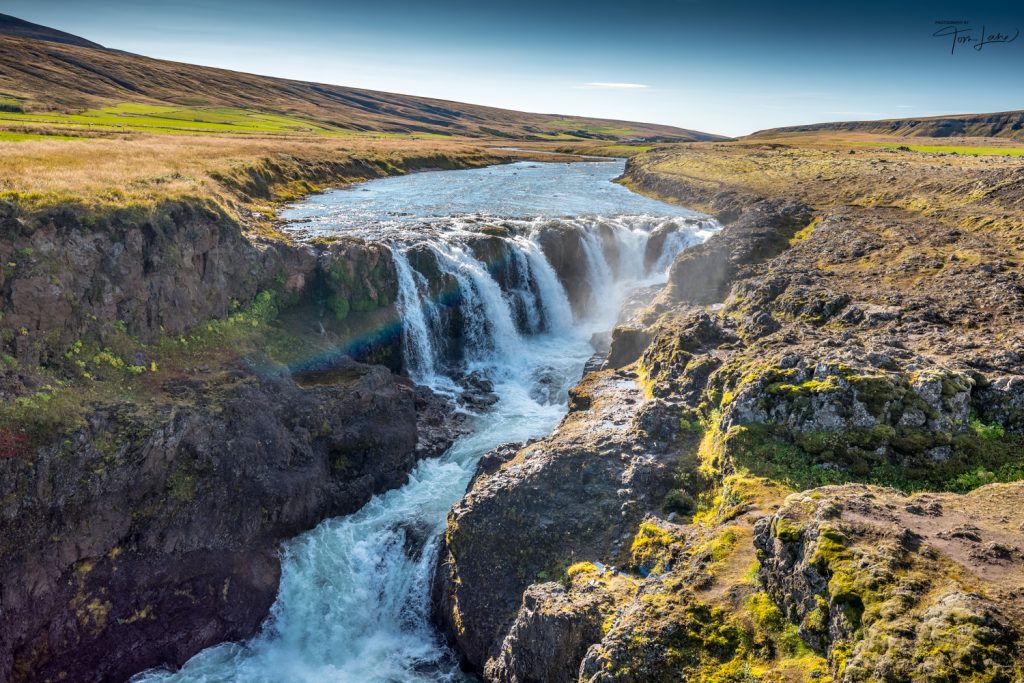 Yet another Icelandic waterfall 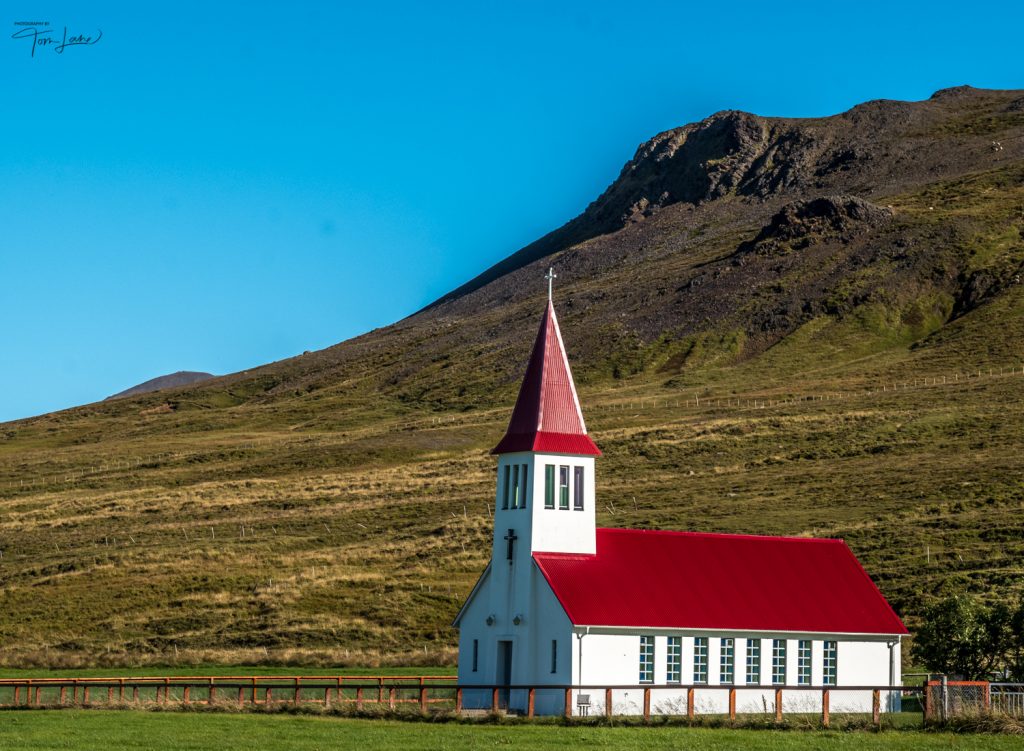 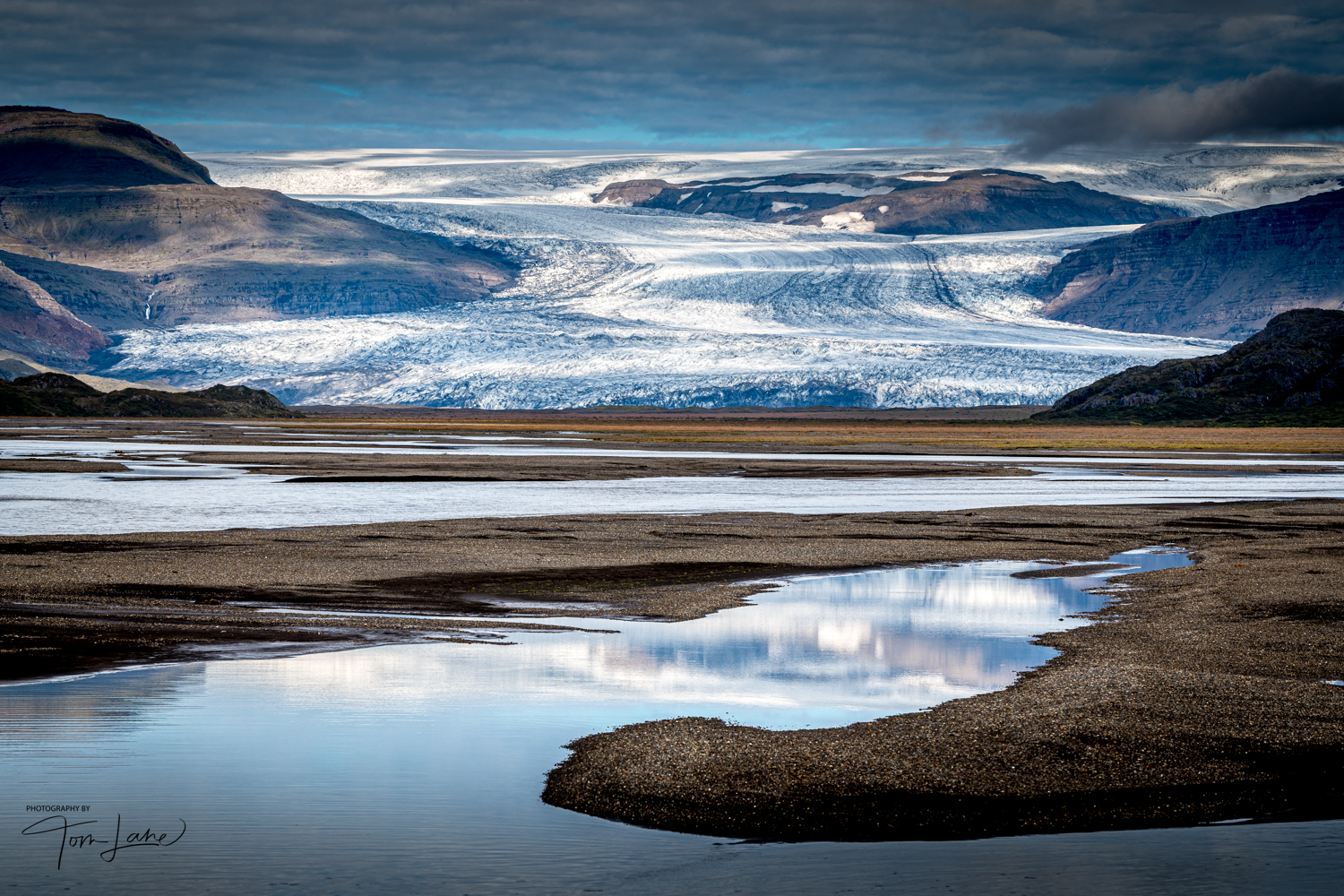 One of the Icelandic glaciers, although I cannot recall which one. 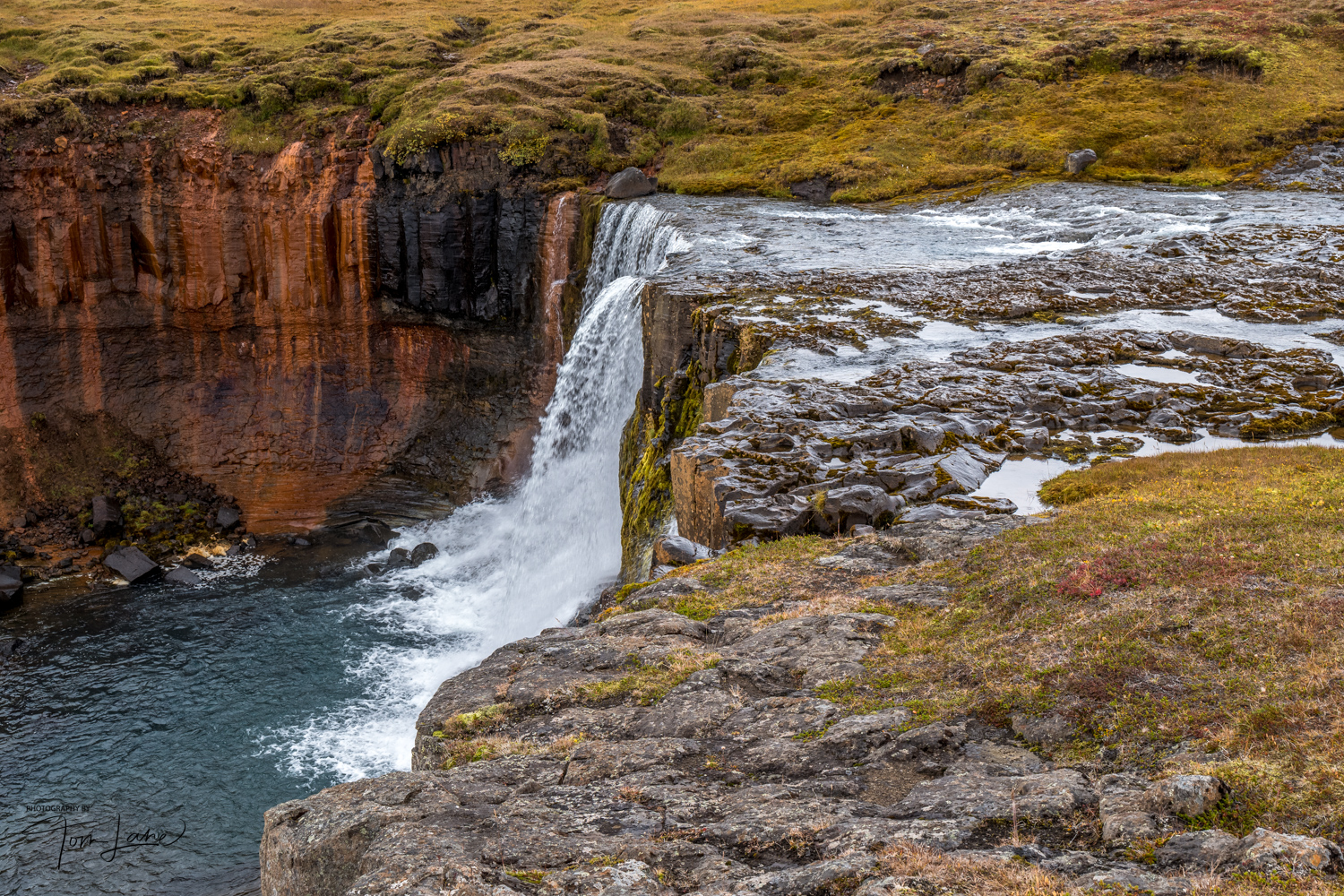 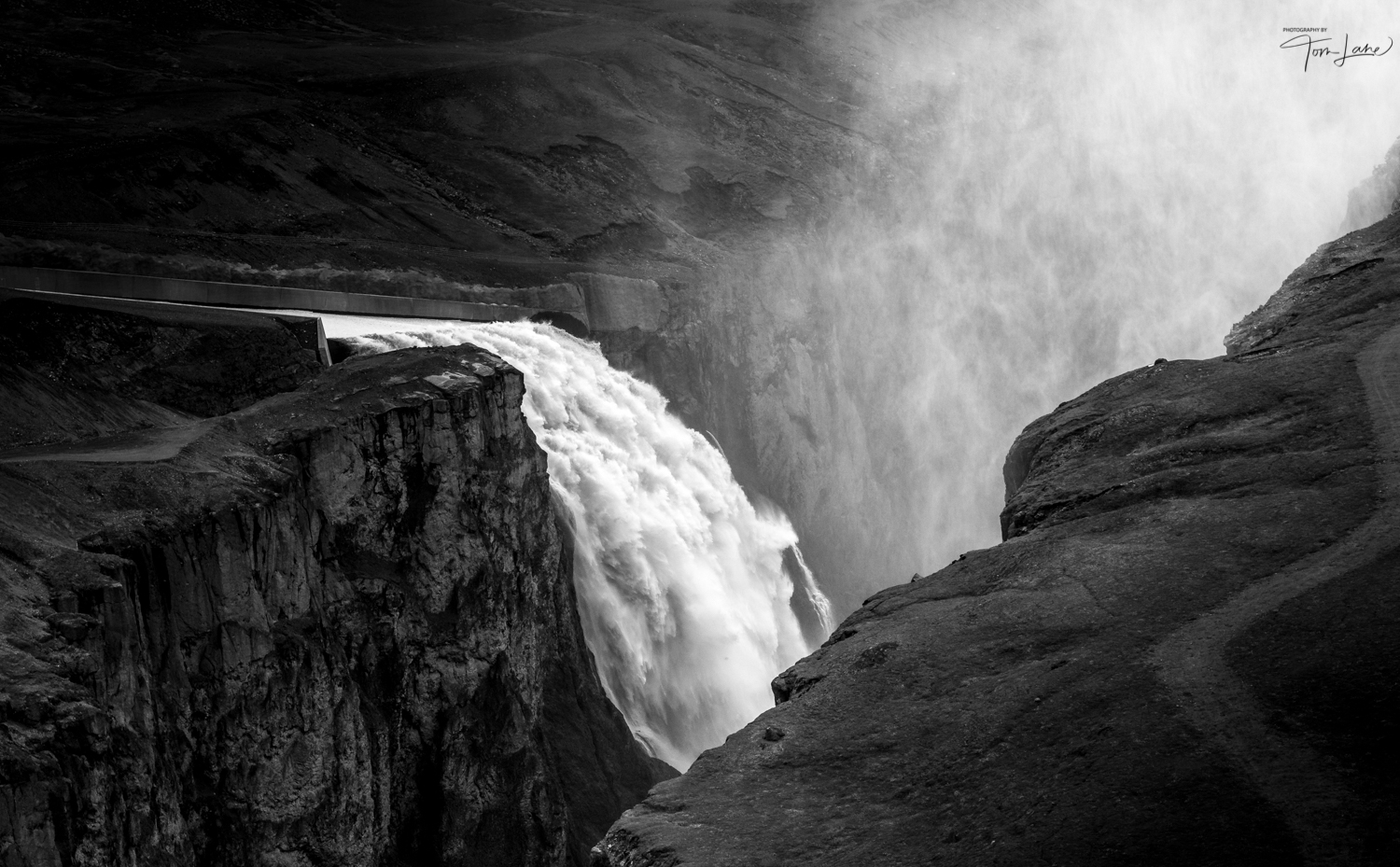 The church of Seyðisfjörður, a small town in the East of Iceland, is called Bláa Kirkjan. The cute, light blue and white church dating from 1922 is featured in many tourist photos. It’s partly made from materials from an older church in the region. It’s preserved by the National Museum of Iceland since 2012. 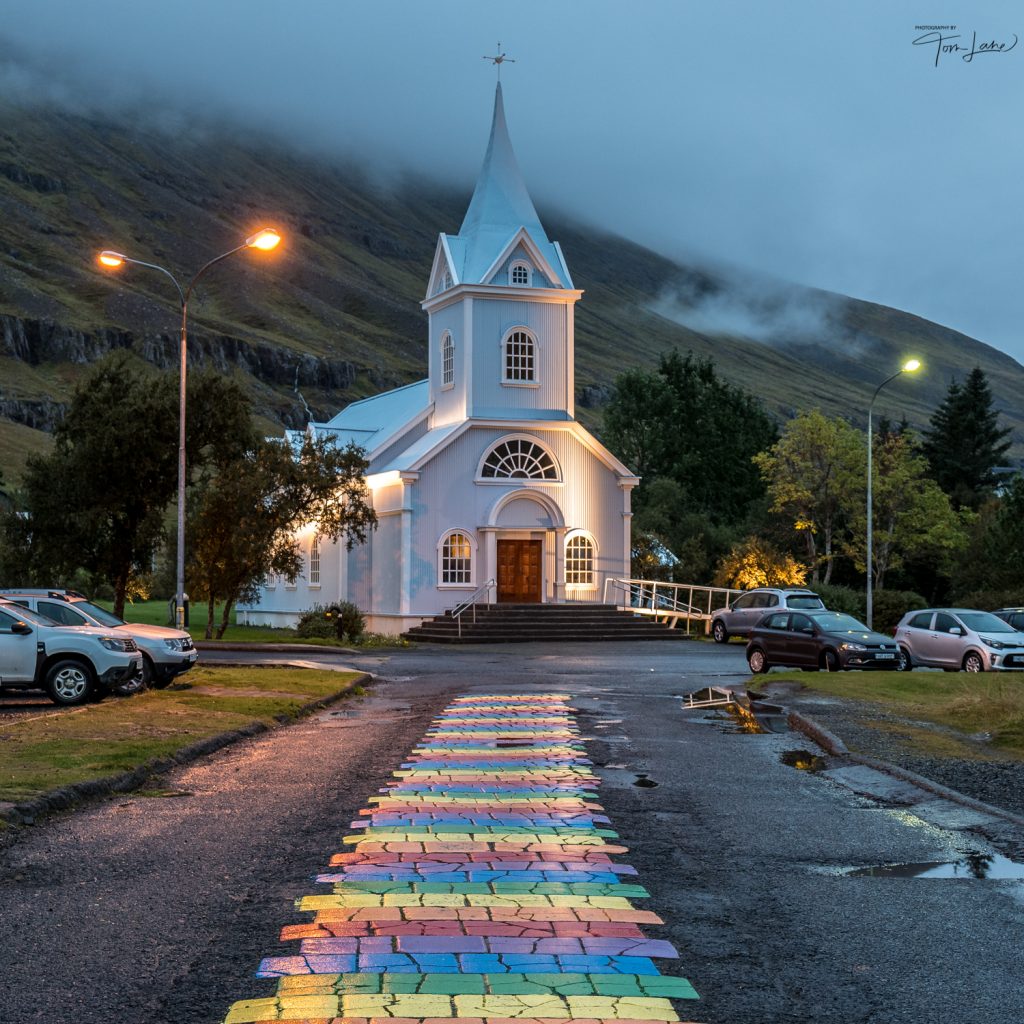 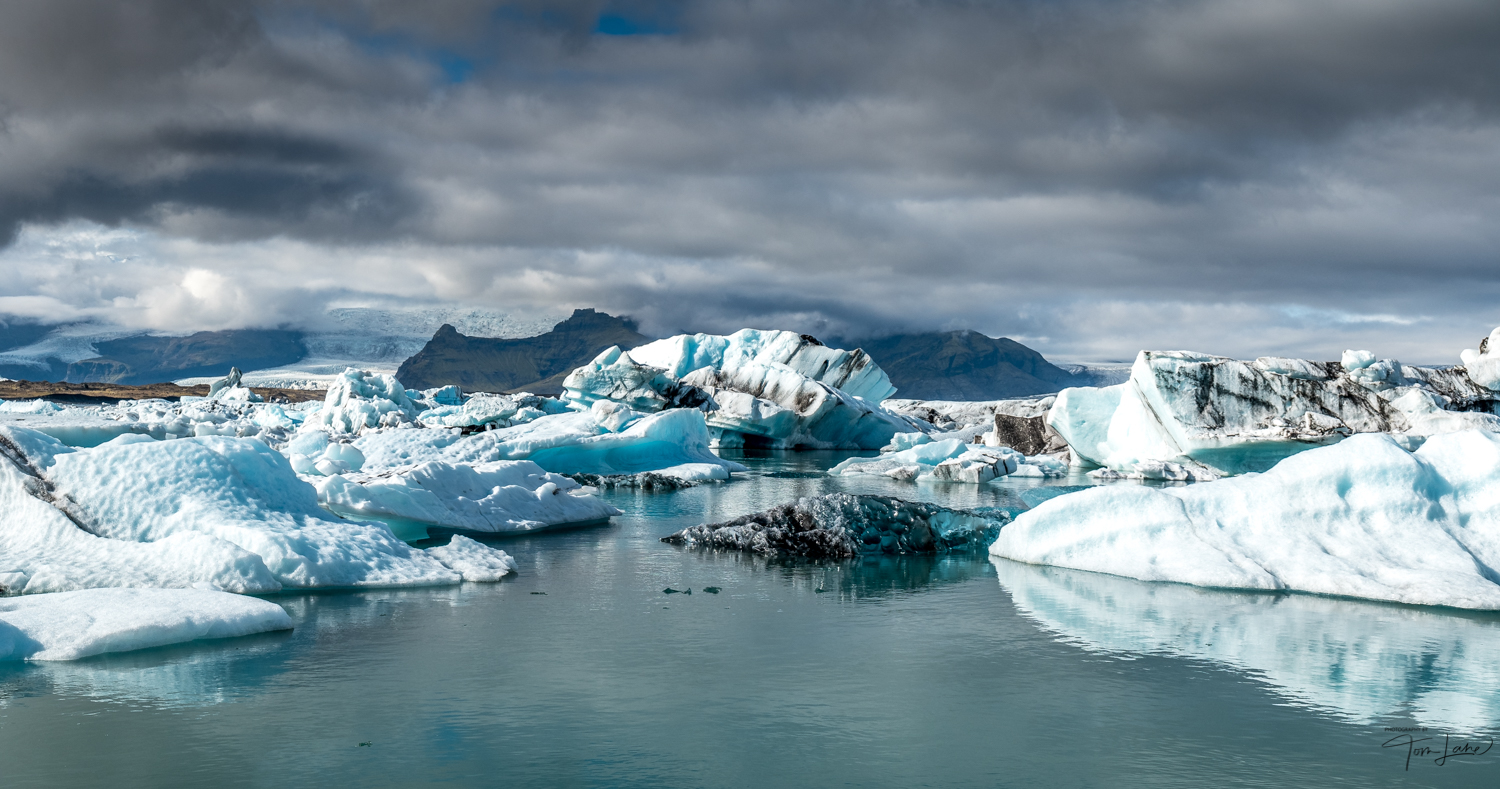 Diamond Beach, although its true name is Breiðamerkursandur. This is one of the most visited attractions in Iceland, and for very good reason. Jokulsarlon is an enormous lagoon filled with huge chunks of ice. The icebergs floating in the lagoon range in color from deep blue to bright white, and brilliant turquoise shades and they slowly melt and make their way down to the Atlantic Ocean,  but before reaching it they often come to a stop at this amazingly beautiful black beach. 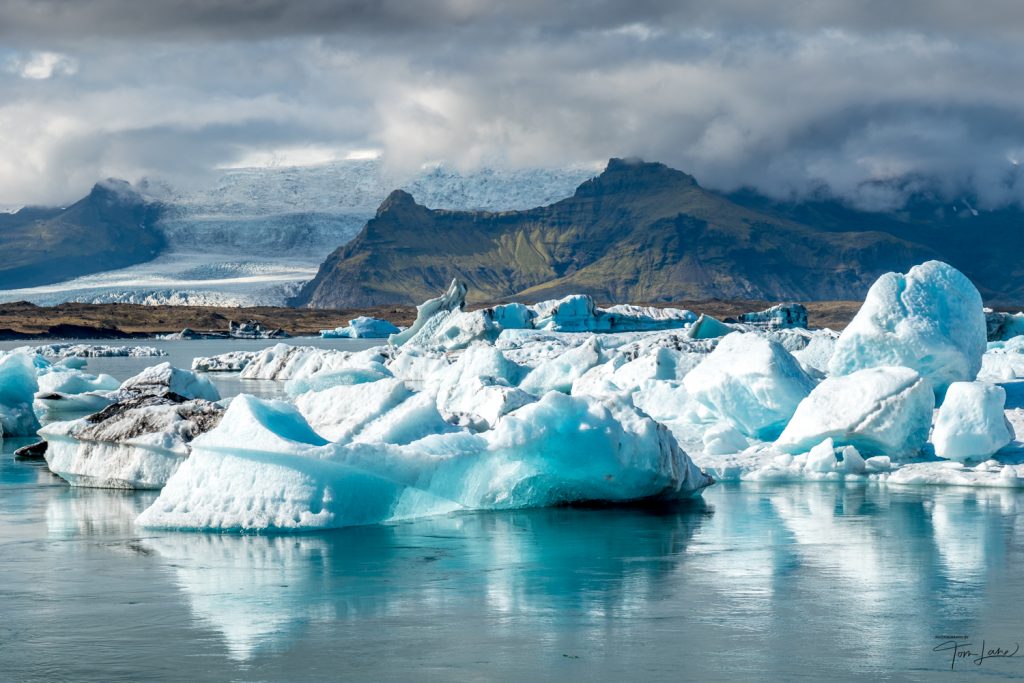 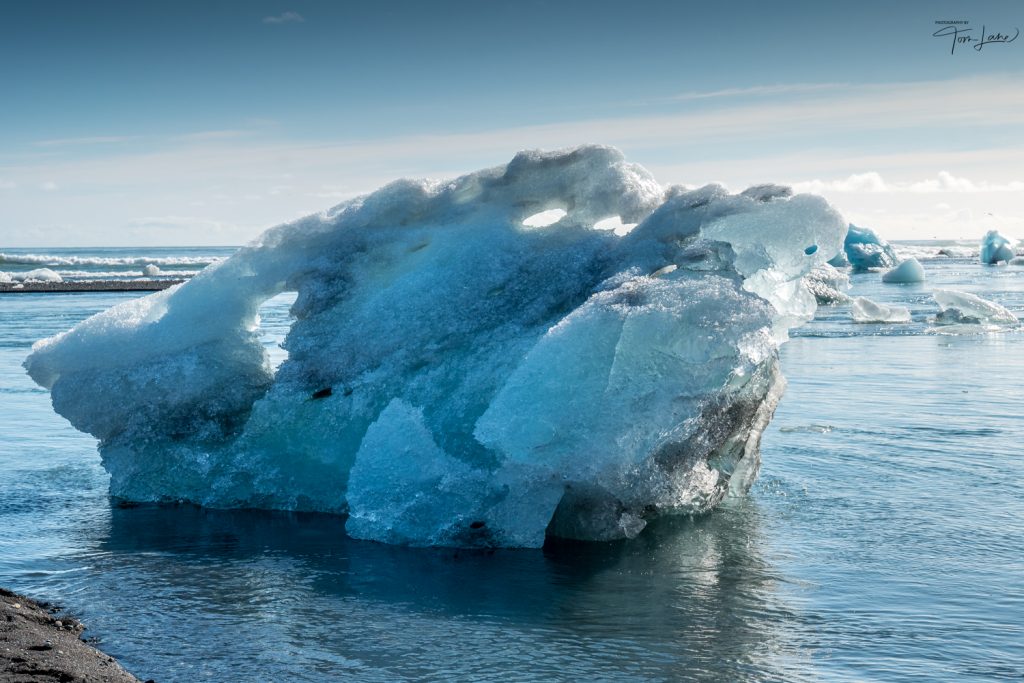 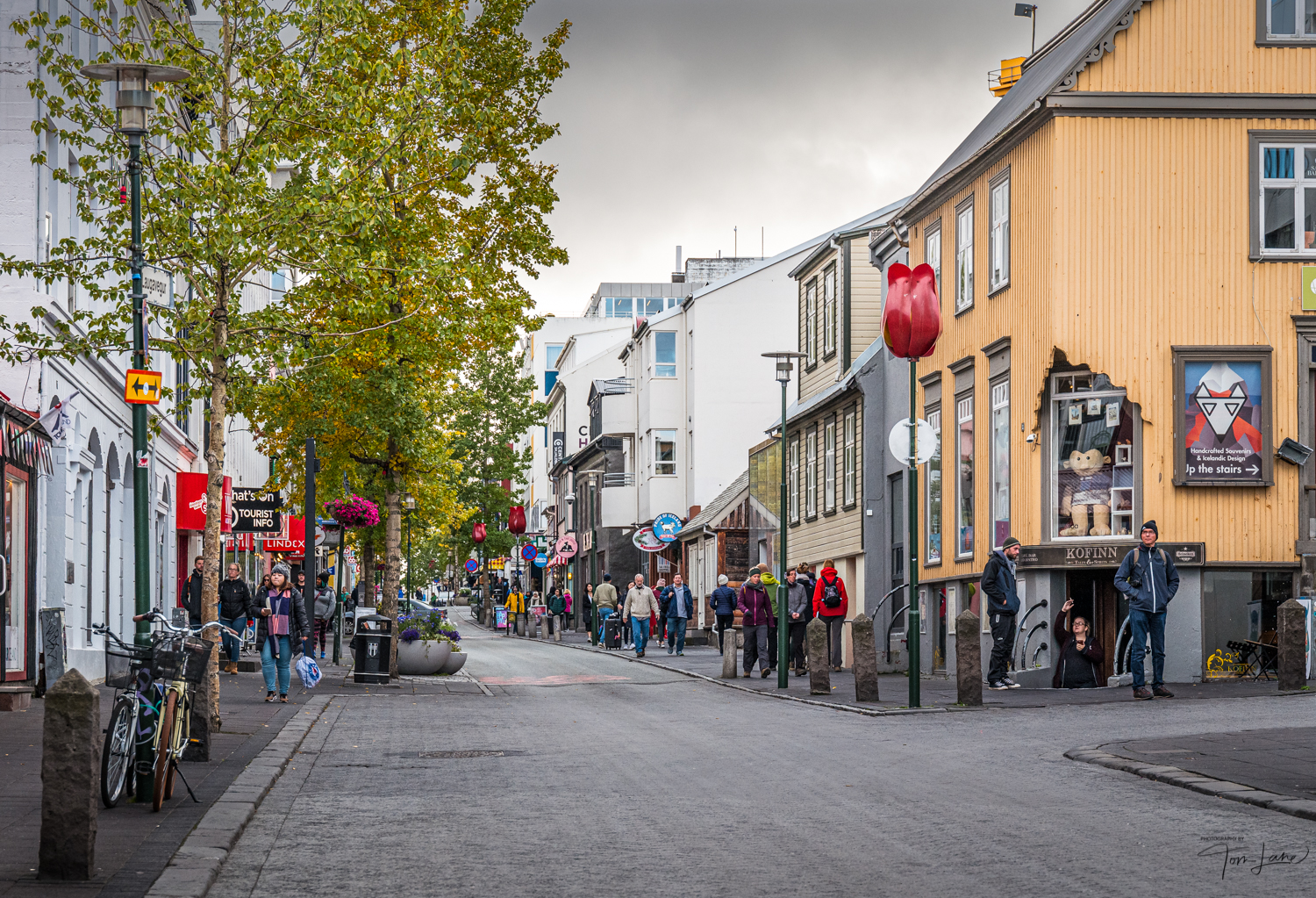 Downtown Reykjavík the capital of Iceland